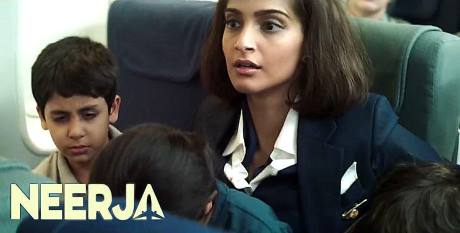 The film is based on the life of air hostess Neerja Bhanot who was shot dead by terrorists who hijacked Pan Am Flight in Karachi on 5 September 1986. Sonam Kapoor plays the title role in this film that traces the journey of a 23-year-old flight attendant who sacrificed her life while protecting the lives of 359 passengers. Shabana Azmi plays the role of Neerja's mother. Music composer Shekhar Ravjiani makes his debut and plays Neerja's love interest.
Neerja is the youngest recipient of the Ashok Chakra for bravery from India. She also got the Tamgha E Insaaniyat Award from Pakistan and the Special Courage Award from the USA.
Hits: 1680, Rating : ( 5 ) by 1 User(s).